I’m standing in the middle of a prairie making a conference call on my cellphone because that’s what working moms do. Every few minutes, I catch a glimpse of my son as he lopes into view, diving into the bee balm and through the black-eyed susans. Then suddenly he appears directly in front of me and, with a flourish, opens his hands to release a kaleidoscope of grasshoppers upon me. The insects spring out in all directions, whizzing by in bursts of color – bright green, dull brown, yellow striped, and winged. I scream, half from terror but equally from delight. 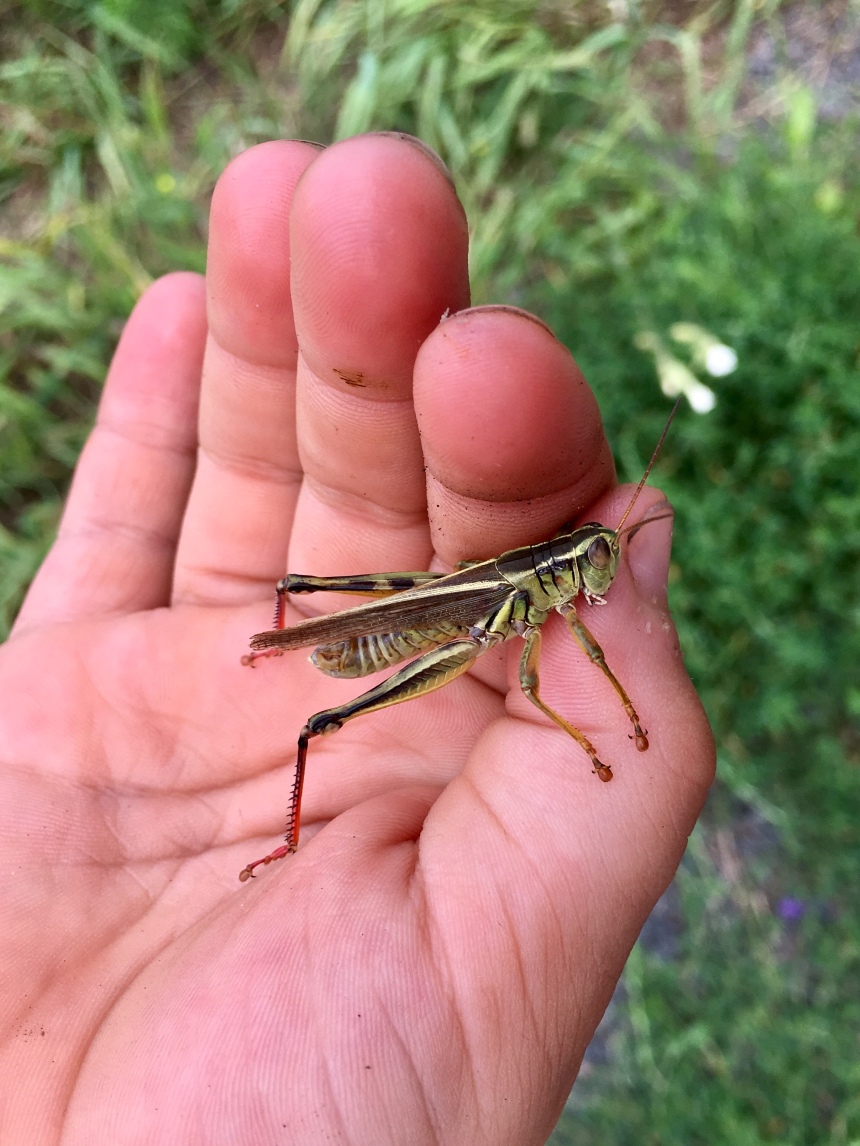 The funny thing, we both agreed, is that the two of us had spent nearly an hour attempting to collect insects for a public program earlier that month, but to no avail. That time, we had arrived at a public park near a corn field armed with butterfly nets and a clear plastic critter carrier. After searching for forty-five sweaty minutes, however, our only discoveries were three tiny insects, one of which was so small that my son accidentally squashed it putting it into the carrier.  In contrast, here in the prairie at Standing Cedars Nature Conservancy, the air is practically humming with song from birds and bugs all around.

While some may relish the idea of a bug-free landscape, the reality is not nearly as positive as you might imagine. Insects help to pollinate 75% of the flowering plants and 35% of the food crops worldwide, and are an essential food source for 96% of terrestrial bird species in North America. Though these tiny critters fill a critical niche in our ecosystems, research by Francisco Sánchez-Bayo and Kris A.G. Wyckhuys published in the April 2019 edition of Biological Conservation suggests that 40% – nearly half – of all insect species worldwide are at risk due to a variety of factors including deforestation and the conversion of natural habitat to farmland. Lepidoptera (butterflies and moths), Hymenoptera (bees, wasps and ants), and Coleoptera (dung beetles) are the taxa most at risk. In addition, the researchers found that pesticides are to blame for declines in 13% of the insect species studied.

To date, the U.S. federal government has banned or severely restricted 64 pesticides found to cause significant damage to human health and other living creatures. One of the most famous, DDT, was used to kill mosquitos until scientists discovered it was killing bald eagles as well. Another pesticide – dieldrin – was developed as an alternative to DDT, until it was discovered to be toxic to humans and animals. Despite being out of use for nearly fifty years, levels of DDT and dieldrin in the St. Louis River downstream of the Fond Du Lac Dam (just east of Jay Cooke State Park) and throughout the Superior Bay are still high enough to warrant an official water quality impairment listing from the Minnesota Pollution Control Agency (MPCA). 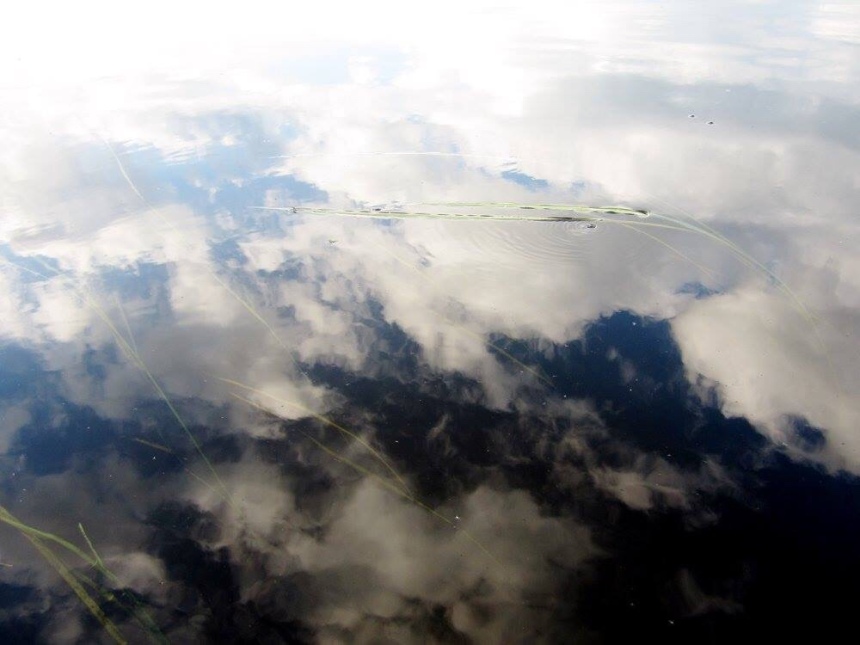 Because plenty of pesticides are still in use, the Minnesota Department of Agriculture (MDA) monitors the presence of 150 pesticide compounds in groundwater and surface water around the state (since 1987 and 1991, respectively). In 2017, MDA tested 200 rivers, lakes, and streams and found the insecticide chlorpyrifos more times than in any previous year, including, for the first time, in a lake. Statewide, the MPCA has now listed nine rivers and streams in western and southwestern Minnesota as impaired by high levels of chlorpyrifos, including Beaver Creek and Jack Creek (Des Moines River basin); Dry Weather Creek, Sleepy Eye Creek, Lac qui Parle River, Little Beauford ditch, and Chetomba Creek (Minnesota River basin); and Grand Marais Creek and Tamarac River (Red River basin). This July, the U.S. EPA announced that it would not act to ban chlorpyrifos despite previous discussion of doing so.

The MDA also sampled water from 160 wells and springs around Minnesota and found three neonicotinoid insecticides (clothianidin, imidacloprid, and thiamethoxam) in 8-16% of the samples collected, though none at levels exceeding human health standards for drinking water. These same insecticides were also found in 11% of the rivers and streams MDA tested. 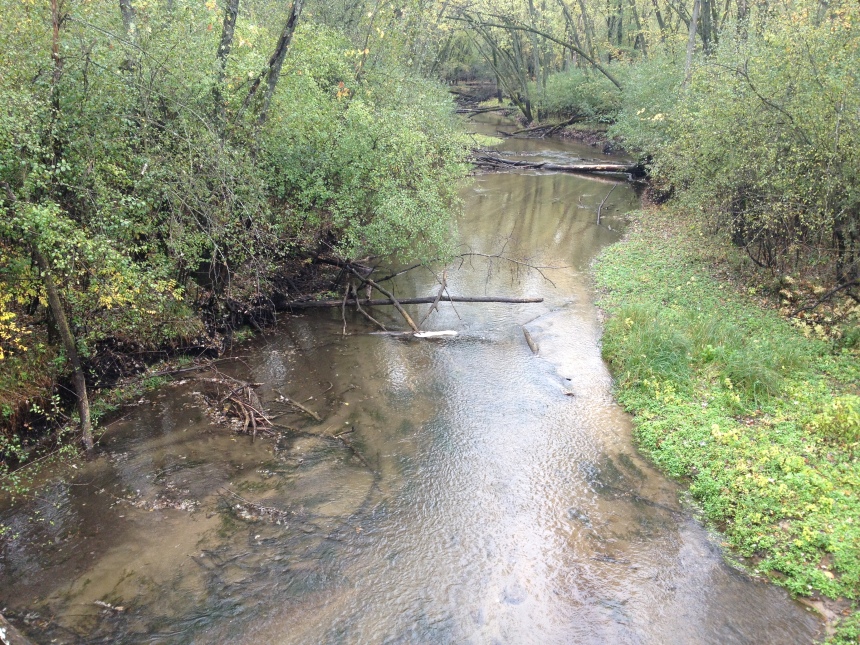 Though we may be tempted to treat all bugs as enemies, especially when they wreak havoc on our farms and gardens, it is important to remember that there are hundreds of species of beneficial insects as well. Examples include the ladybug beetle, which eats aphids, mealybugs and spider mites; the assassin bug, big-eyed bug and syrphid fly larva, which eat aphids, caterpillars, leafhoppers and mealybugs; and the trichogramma wasp, whichparasitizes the eggs of over 200 pest insects, devouring their growing bodies from the inside out. (Now that’s a fun way to imagine insect pests dying!)

Unfortunately, many brands of insecticides are non-targeted, meaning they will kill good and bad insects alike. Experience has also shown that pests can develop chemical resistance over time, forcing farmers to continue searching for new chemical compoundsto protect their crops. 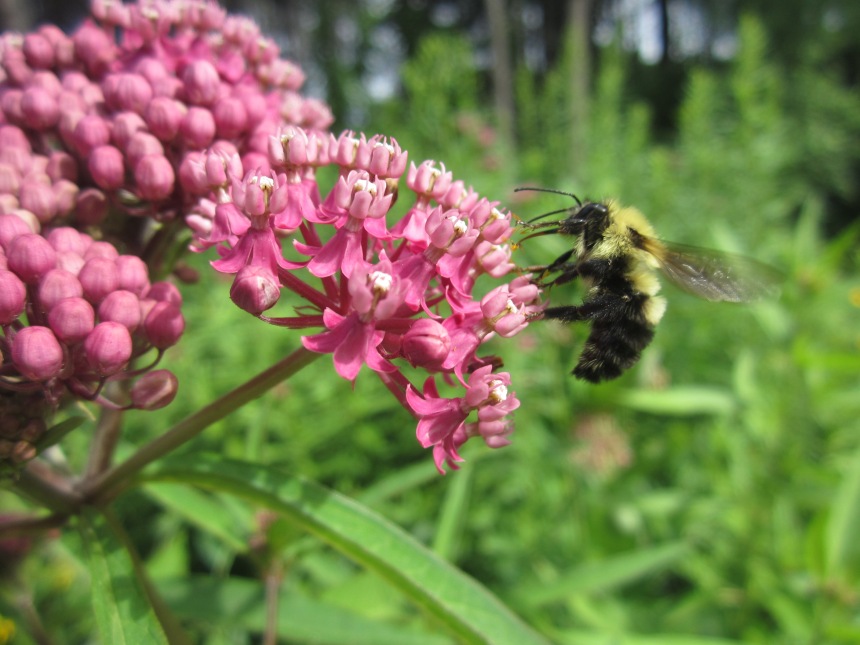 If you decide to use a pesticide in your yard, be sure to accurately identify the pest first and look for a pesticide that kills just that pest, and not beneficial bugs as well. Never spray pesticides near water (this goes for herbicides and fertilizers as well) and avoid spraying on windy days or near paved surfaces, where chemicals can wash into storm sewers that connect to lakes and streams.

To reduce insect damage without pesticides, look for native plants and trees that are more resistant to our Minnesota bugs; water in the morning instead of the evening; and use mulch to reduce weeds, which often harbor pests. Then, take a moment to stand on your living land, and enjoy the music of the birds and bees. Angie Hong is the coordinator for Minnesota's East Metro Water Resource Education Program, a local government partnership. In her free time, she enjoys singing, competing in triathlons, and exploring the prairies, woods and waterways of the St. Croix Valley. She is also mom to an exceedingly active eight-year old boy.